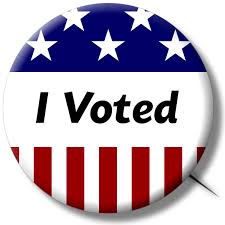 AANPCP would like to express gratitude to Mary Jo Goolsby, EdD, MSN, NP-C, FAANP, FAAN for her service as a Commissioner, to Dixie Harms, DNP, ARNP, FNP-C, BC-ADM, FAANP for her willingness to serve, and to our new and re-elected Commissioners for their willingness to contribute to our certification program and to the certified nurse practitioner profession.

Elections are held annually in October. NPs certified by AANPCP are given the opportunity to vote via secure on-line voting. This year, the final voter count was 8763. NPs who cast their vote during this election were entered to win 1 of 2 vouchers for waiver of their next recertification fee. A random drawing via computer took place following close of the elections. Winners were notified by telephone and email.

What is the difference between an official final and unofficial transcript?

Faxed transcripts are not official, unless sent from the registrar

Unsealed, or tampered transcripts are not official

Unofficial transcript(s) must include the student's first and last name, however it will not be acceptable if the transcript was modified by the student/candidate